Speaking at the Jefferies Green Metals Summit in New York today, Mr. Friedland noted the importance of new copper discoveries in the United States and commented that: “Ivanhoe Electric is well positioned to accelerate the clean energy transition by providing a secure and green domestic source of copper. Copper is unquestionably a critical metal providing both the foundational basis for economic growth and enabling the electrification of everything.

“No geophysical survey technology, other than our proprietary Typhoon™ system, could have imaged the Santa Cruz mineral system as rapidly or to as great a depth as we have done. Additionally, no other data processing group has the same capability as Computational Geosciences to ‘invert’ or analyze the terabytes of data produced by Typhoon™ as quickly.

“At Ivanhoe Electric we are seeking to re-invent mining through the use of our proprietary exploration technology to identify future low-impact underground mines, and then integrating best practice ESG and the use of renewable energy in developing and operating them. We are doing this on private land in the U.S, which positions us well to supply the U.S. with critical electric metals.”

Based on the interpretation of preliminary data, Ivanhoe Electric’s geologists and geophysicists have identified multiple large-scale anomalies, which may indicate the potential to expand the currently known copper oxide and sulphide mineralization at Santa Cruz. 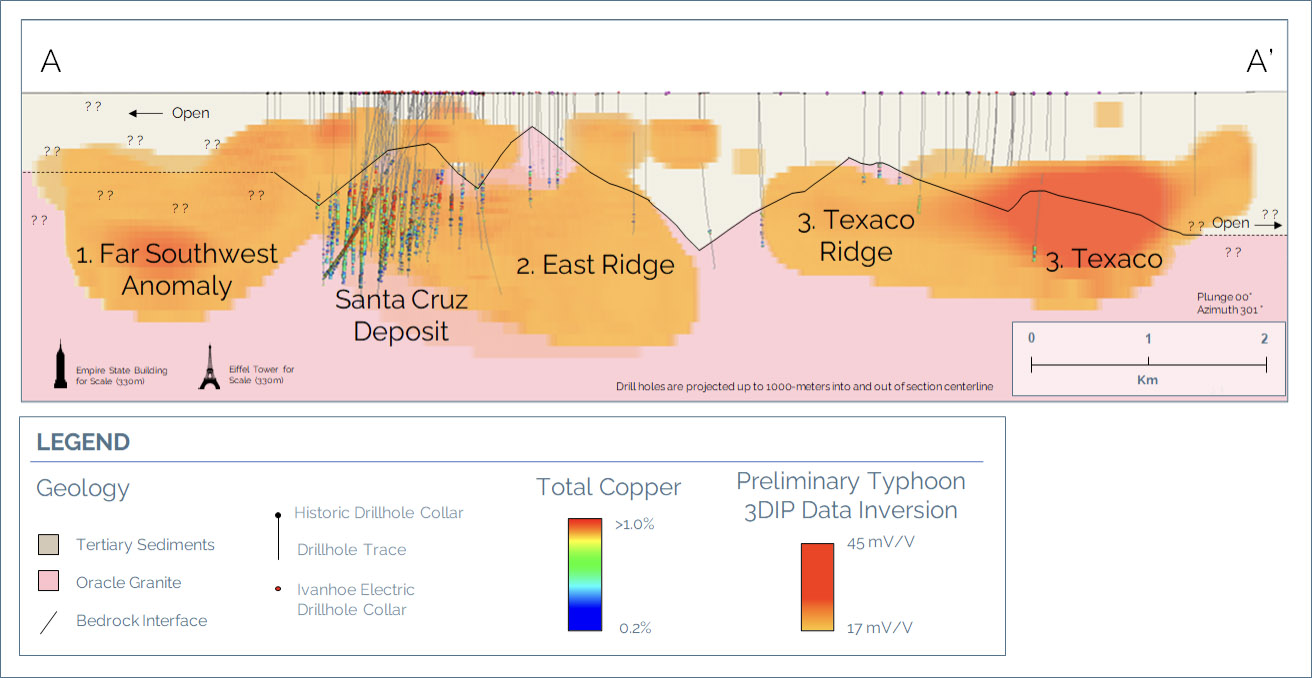 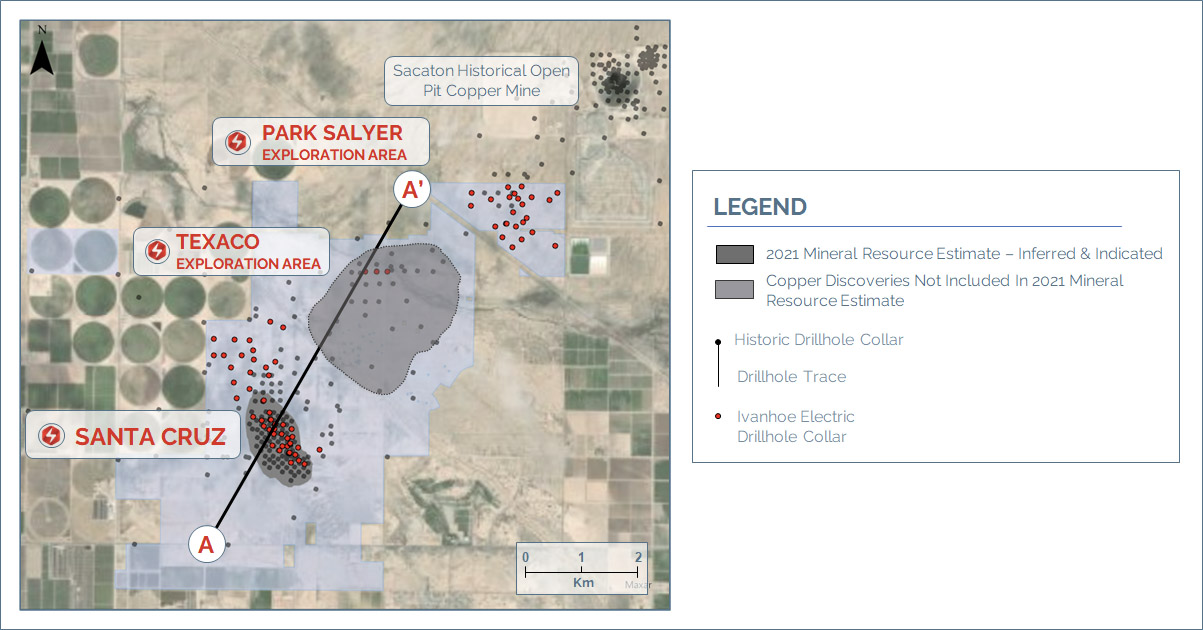 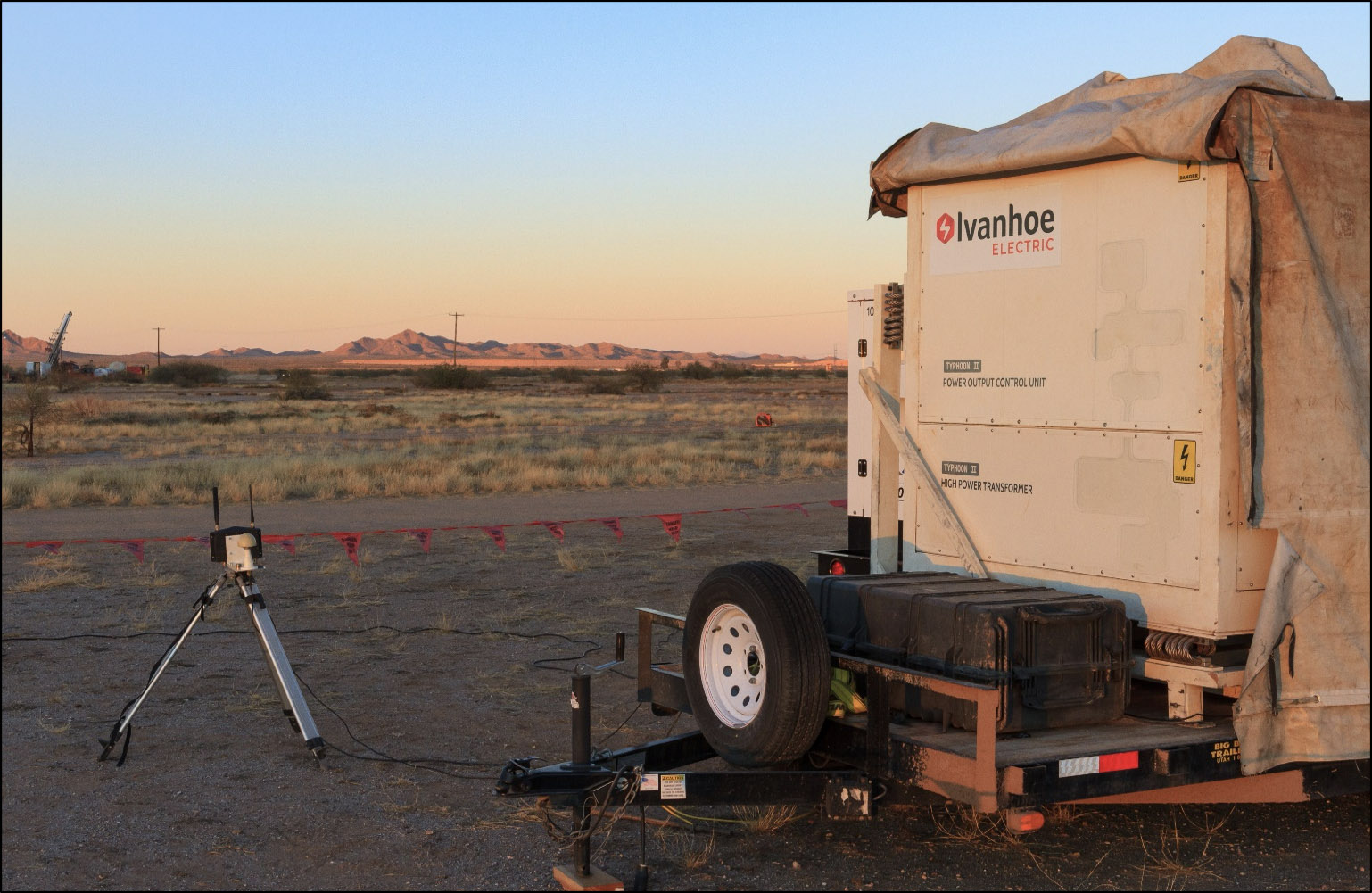 An attractive feature of the Santa Cruz Mineral Resource Estimate is the amount of metal at higher cut-off grades. This higher-grade material tends to be in the leachable copper categories, potentially allowing for a low-impact, underground mining operation utilizing lower cost, lower energy and lower water-consuming processing methods.

Eight drill rigs are currently operating (6 diamond drill rigs, 1 reverse circulation rig and 1 sonic drill rig) to in-fill and expand the Santa Cruz deposit. The 75,000-meter in-fill drilling program is more than 66% complete, with 49,290 meters completed year to date. We are fortunate to have an excellent crew on site including 31 employees and more than 60 contractors.

Although not yet complete, this drill program has provided a better understanding of the mineralized areas of Santa Cruz, as well as future areas of focus, including increased delineation of the high-grade Exotic and Oxide/Enriched zones. Ivanhoe Electric plans to update the mineral resource estimate after the completion of the current drilling program. Assays are currently pending and will be reported when available.

Program emphasis is on the larger, higher-grade portions of the deposit, which appear to have sufficient dimensions to support various bulk underground mining methods. While many sample assays are still pending, mineralization encountered to date shows a strong correlation with the mineral resource block model.

The Texaco copper discovery is located 3.5 kilometers northeast of the Santa Cruz deposit. Historical and Ivanhoe Electric drilling have confirmed that the deposit remains open, that supergene copper mineralization is sulphide-dominated, and that there are indications of underlying high-grade hypogene mineralization.

The Texaco exploration target conceptually includes 150 to 200 million tonnes of mineralized material with a target grade of 0.7% to 1.5% total copper. The Texaco exploration target is based on 23,848 meters of core from historical drilling, three drill holes completed by Ivanhoe Electric and the results of the recent Typhoon™ survey. Additional drilling is planned to test and determine the extent of the Texaco target.

After drilling over 120 holes at 20 projects across southwestern Arizona, Lowell and his team focused their attention on what they called “the Covered Area Project”, now known as Santa Cruz.

Lowell was aware of the evidence for shallow-angle faulting and the potential for fault-dismembered porphyry mineralization under cover in the Casa Grande valley.

Careful stream mapping and drainage analysis revealed that the Santa Cruz River had reversed flow directions at least twice in recent history, and it was this revelation that allowed Lowell to trace oxide copper pebbles found in water wells back to the Santa Cruz deposit area.

Lowell discovered evidence for porphyry mineralization in the first drill hole, which intersected leached capping, and by the seventh hole had intersected ore-grade supergene-enriched copper mineralization at what would be called the Casa Grande West deposit, now known as the Santa Cruz deposit. 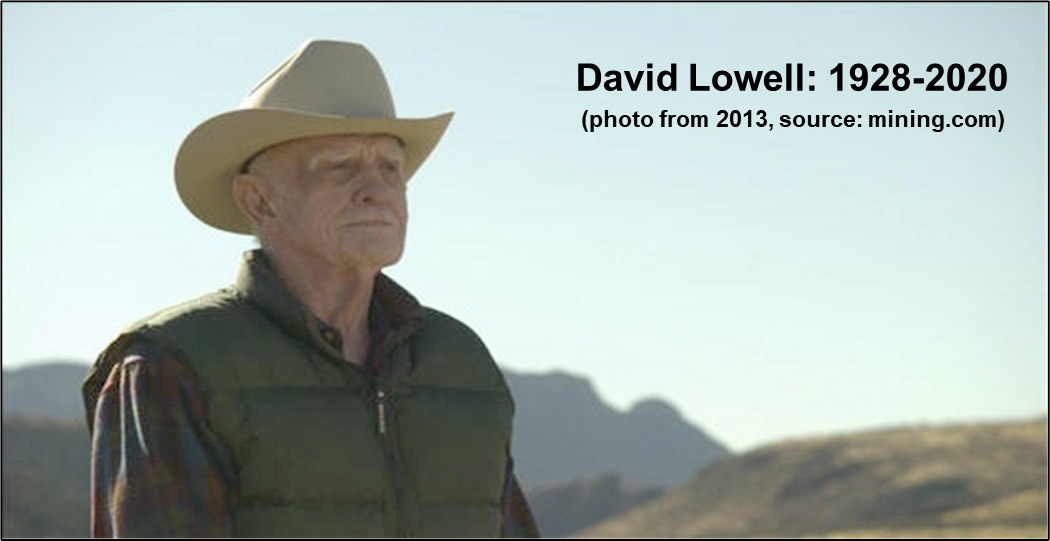 Drilling continued through to 1977, at which point M.A. Hanna Mining of Cleveland, OH (“Hanna”) took over as operator under a joint venture with Getty Oil Corp. of New York, NY (“Getty”). Between 1977 and 1982, Hanna-Getty advanced a tightly-spaced drill program over Casa Grande West and in the surrounding Casa Grande valley. The fall of copper prices resulted in the Casa Grande West project becoming inactive in the early 1980’s.

Several other deposits, including Santa Cruz North, Texaco and Park Salyer, were identified by ASARCO drilling in the 1960’s and subsequent drilling in the 1970’s and 1980’s by numerous exploration companies. In total, 362 drill holes totaling 229,577 meters have been drilled by previous owners to delineate the cluster of deposits. 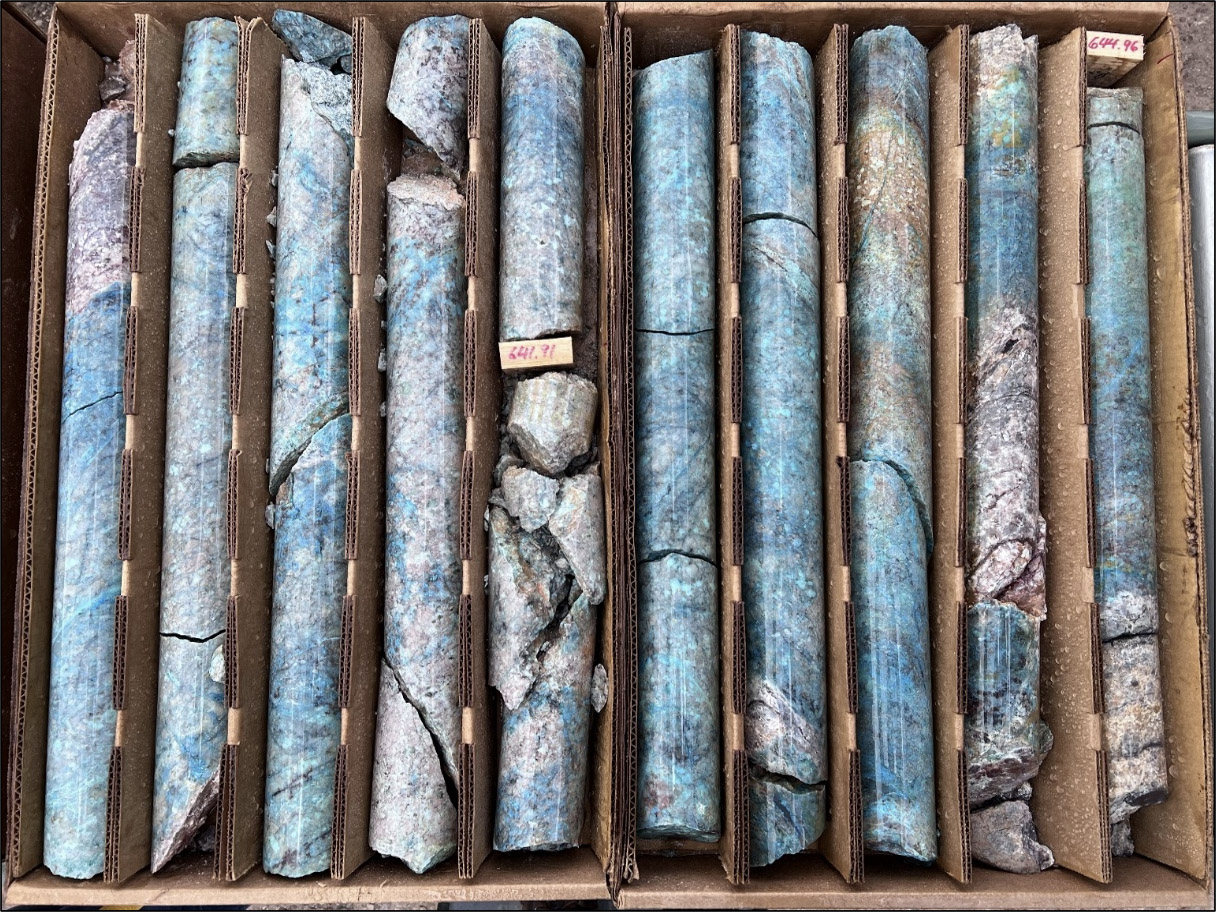 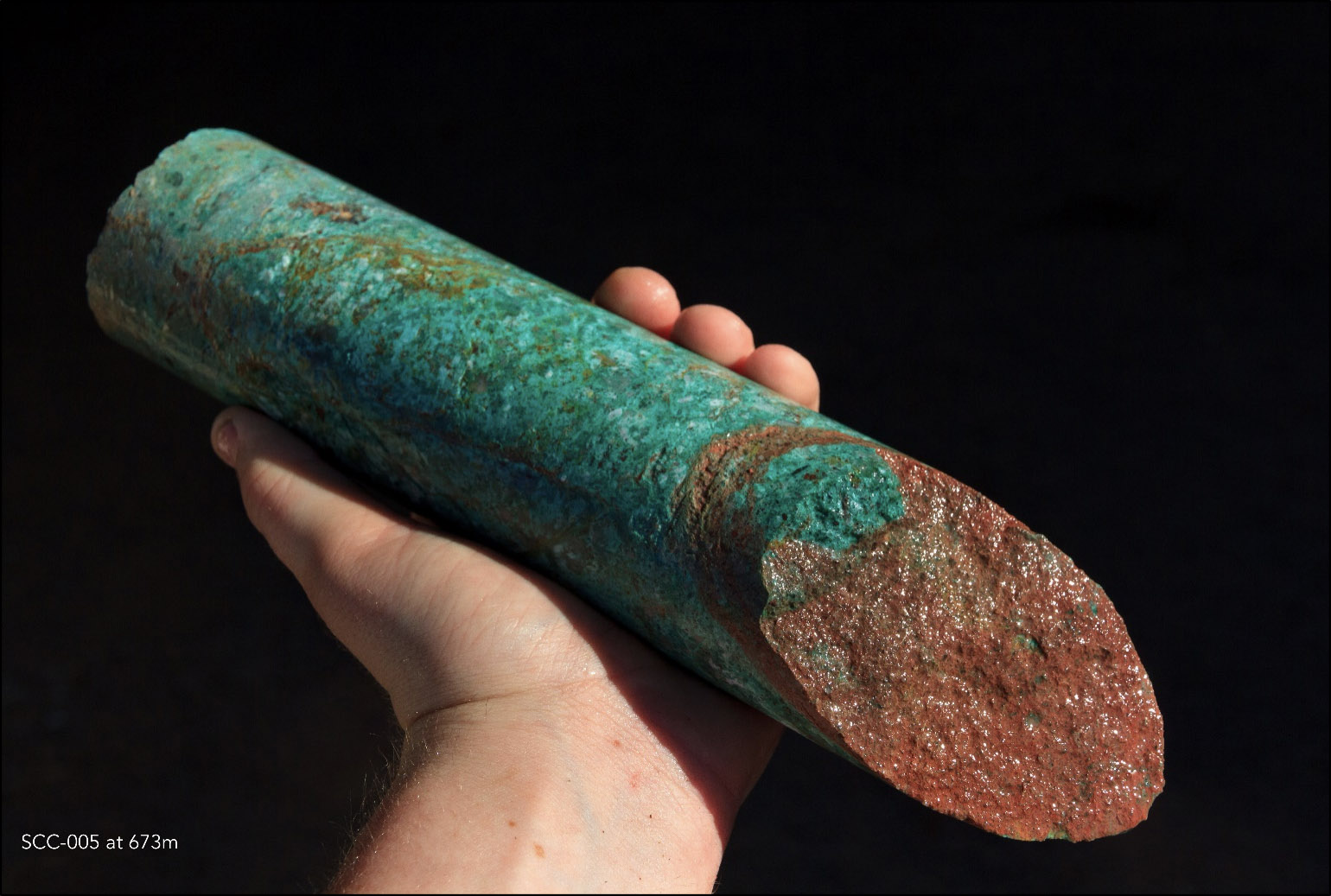 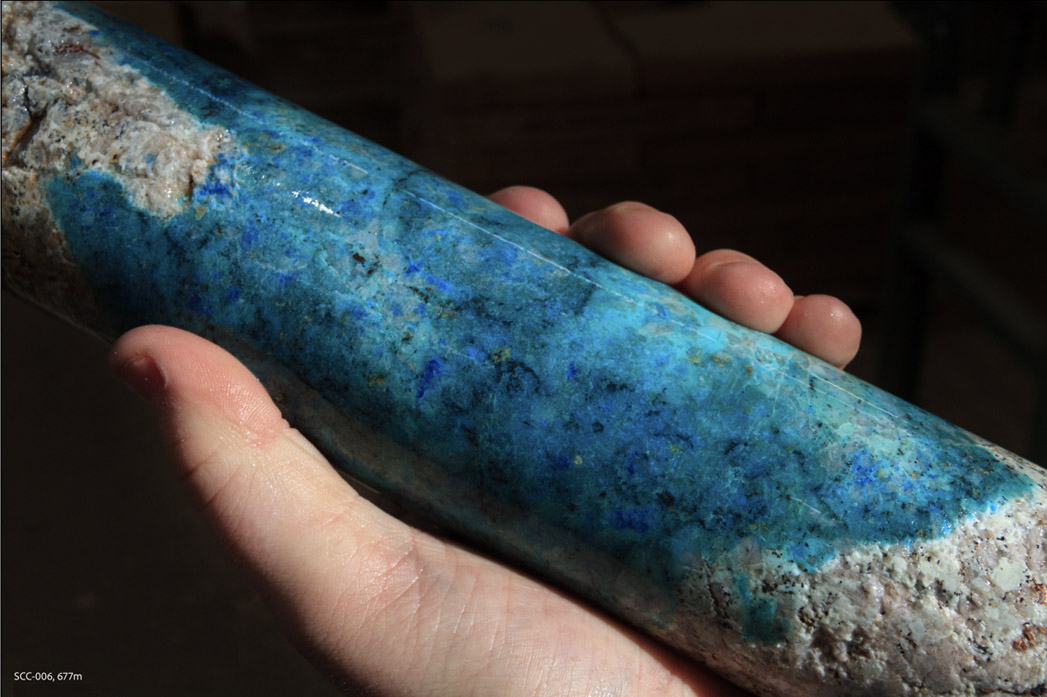 Chalcocite contains the greatest concentration of copper of any known copper-bearing minerals other than native copper. It is a dark grey, leachable copper sulphide mineral which is 80% copper by weight. It also forms as a secondary mineral adjacent to primary porphyry copper mineralization. 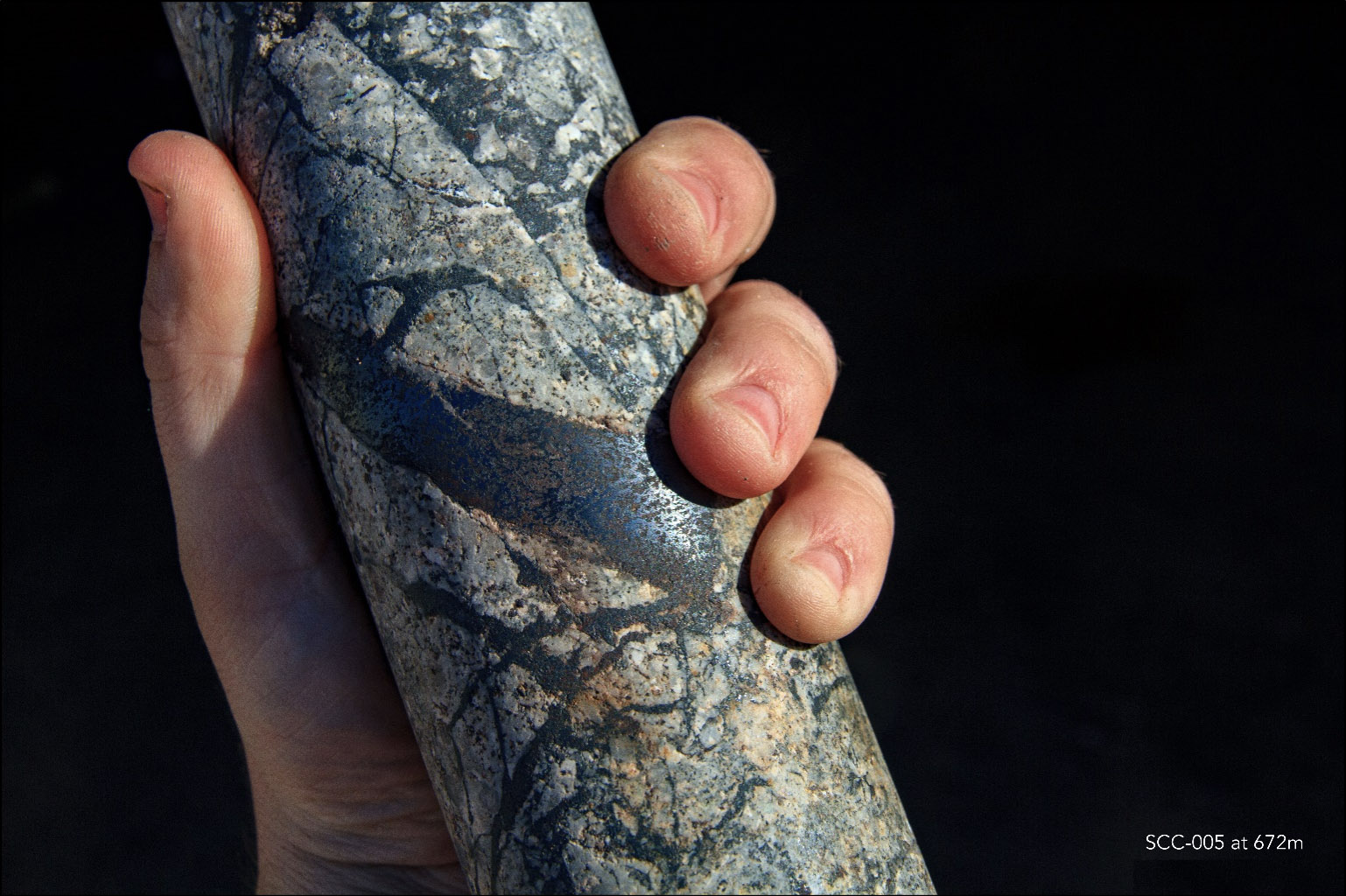 Primary porphyry mineralization at Santa Cruz contains the copper mineral chalcopyrite, which is 35% copper by weight, as well as the molybdenum-bearing mineral molybdenite.

The primary sulphide minerals, which sit below the secondary enriched minerals, are not compatible with leaching methods of extraction, but instead are amenable to the flotation separation methods used widely around the world to produce copper concentrate.

Chalcopyrite and molybdenite identified in primary porphyry mineralization intersected by hole SCC-001 at a depth of 967 meters. This interval (from 967 to 968 meters) graded 1.8% total copper and 0.03% total molybdenum. 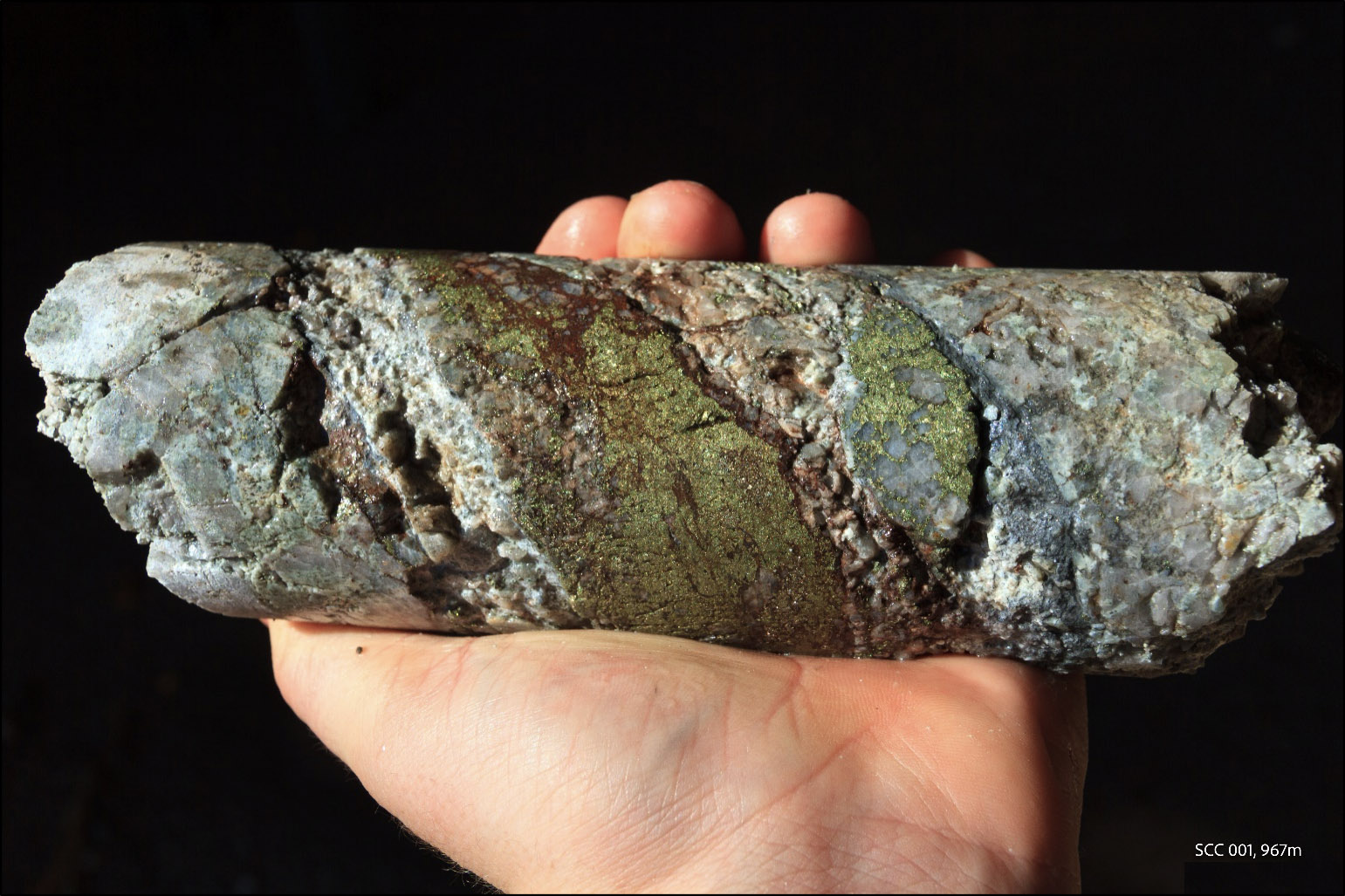 Disclosures of a scientific or technical nature included in this news release, including the sampling, analytical and technical data underlying the information, has been reviewed, verified, and approved by Glen Kuntz, P.Geo., and Christopher Seligman, MAusIMM CP (Geo), each of whom are Qualified Persons as defined by Regulation S-K, Subpart 1300 promulgated by the U.S. Securities and Exchange Commission and by Canadian National Instrument 43-101. Each of Mr. Kuntz and Mr. Seligman is an employee of Ivanhoe Electric.

The technical report summary and technical report include relevant information regarding the assumptions, parameters and methods of the mineral resource estimates on the Santa Cruz Project cited in this news release, as well as information regarding data verification, exploration procedures and other matters relevant to the scientific and technical disclosure contained in this news release.

Ivanhoe Electric is an American technology and mineral exploration company that is re-inventing mining for the electrification of everything by combining advanced mineral exploration technologies, renewable energy storage solutions and electric metals projects predominantly located in the United States. Ivanhoe Electric uses its Typhoon™ transmitter, an accurate and powerful geophysical survey system, together with advanced data analytics provided by its subsidiary, Computational Geosciences, to accelerate and de-risk the mineral exploration process as well as to potentially discover deposits of critical metals that may otherwise be undetectable by traditional exploration technologies. Through its controlling interest in VRB Energy, Ivanhoe Electric also develops and manufactures advanced grid-scale vanadium redox battery storage systems. Finally, through advancing its portfolio of electric metals projects located primarily in the United States, headlined by the Santa Cruz Copper Project in Arizona and the Tintic Copper-Gold Project in Utah, as well as projects in Montana, Oregon and North Carolina, Ivanhoe Electric is also well positioned to support American supply chain independence by delivering the critical metals necessary for electrification of the economy.

Certain statements in this news release constitute “forward-looking statements” or “forward-looking information” within the meaning of applicable U.S. and Canadian securities laws. Such statements and information involve known and unknown risks, uncertainties and other factors that may cause the actual results, performance or achievements of the company, its projects, or industry results, to be materially different from any future results, performance or achievements expressed or implied by such forward-looking statements or information. Such statements can be identified by the use of words such as “may”, “would”, “could”, “will”, “intend”, “expect”, “believe”, “plan”, “anticipate”, “estimate”, “scheduled”, “forecast”, “predict” and other similar terminology, or state that certain actions, events or results “may”, “could”, “would”, “might” or “will” be taken, occur or be achieved. These statements reflect the company’s current expectations regarding future events, performance and results and speak only as of the date of this news release.

Such statements include without limitation statements regarding: (i) Ivanhoe Electric’s ability to secure and source copper for the United States; (ii) the potential to expand the currently known copper oxide and sulphide mineralization at the Santa Cruz Project; (iii) the tendency for higher-grade material to be in the leachable categories, potentially allowing for lower cost, lower energy and lower water-consuming processing methods; (iv) future exploration and drilling activities; (v) future mineral resource expansion; and (vi) plans to update the mineral resource estimate after the completion of the current drilling program.

This news release also contains references to estimates of Mineral Resources. The estimation of Mineral Resources is inherently uncertain and involves subjective judgments about many relevant factors. Mineral Resources that are not Mineral Reserves do not have demonstrated economic viability. The accuracy of any such estimates is a function of the quantity and quality of available data, and of the assumptions made and judgments used in engineering and geological interpretation (including estimated future production, the anticipated tonnages and grades that will be mined and the estimated level of recovery that will be realized), which may prove to be unreliable and depend, to a certain extent, upon the analysis of drilling results and statistical inferences that ultimately may prove to be inaccurate. Mineral Resource estimates may have to be re-estimated based on: (i) fluctuations in copper, gold or other metal prices; (ii) results of drilling and other exploration activities; (iii) metallurgical testing and other studies; (iv) proposed mining operations, including dilution; (v) the evaluation of mine plans subsequent to the date of any estimates and/or changes in mine plans; (vi) the possible failure to receive required permits, approvals and licenses; and (vii) changes in law or regulation.

Forward-looking statements are based on management’s beliefs and assumptions and on information currently available to management. Such statements are subject to significant risks and uncertainties, and actual results may differ materially from those expressed or implied in the forward-looking statements due to various factors, including changes in the prices of copper or other metals Ivanhoe Electric is exploring for; the results of exploration and drilling activities and/or the failure of exploration programs or studies to deliver anticipated results or results that would justify and support continued exploration, studies, development or operations; the final assessment of exploration results and information that is preliminary; the significant risk and hazards associated with any future mining operations, extensive regulation by the U.S. government as well as local governments; changes in laws, rules or regulations, or their enforcement by applicable authorities; the failure of parties to contracts with the company to perform as agreed; and the impact of political, economic and other uncertainties associated with operating in foreign countries, and the impact of the COVID-19 pandemic and the global economy. These factors should not be construed as exhaustive and should be read in conjunction with the other cautionary statements described in Ivanhoe Electric’s registration statement on Form S-1, as amended, filed with the U.S. Securities and Exchange Commission and base PREP prospectus filed with Canadian securities commissions.